CLPE kicked off Community Living Month at the 4th annual Mayor’s Breakfast alongside Mayor Steve Ferguson, who officially proclaimed May as “Community Living Month” in Prince Edward County to a crowd of over 80 people. Mayor Ferguson called on all citizens to advocate for the rights of people with an intellectual disability and to promote the development of a healthy, inclusive community that recognizes and values the abilities of all its members.

Celebrations throughout the month include participating in the province-wide Shine the Light Campaign, with the CLPE main office at 67 King Street and Shire Hall on Main St. Picton illuminated in blue and green alongside other famous structures across Ontario such as the CN Tower in Toronto.

On May 6th, Members from the County Advocates group will travel to Queen’s Park for the Community Living Day at the Legislature and the #ITookaBreak19 social media awareness campaign, and will participate in presentations throughout the month at local schools. CLPE will also free coffee sleeves and blue and green awareness ribbons to over a dozen local businesses. The Community Living Prince Edward banner proudly hung across Main St. from May 20th to 31st while arenas in Picton and Wellington will proclaim May as Community Living Month on their digital signage all month long.

On May 29th, CLPE encourages the community to participate in the 4th Annual Blue and Green Shirt Day, where members of local groups and businesses can wear the official Community Living colors in a collective effort to raise awareness. 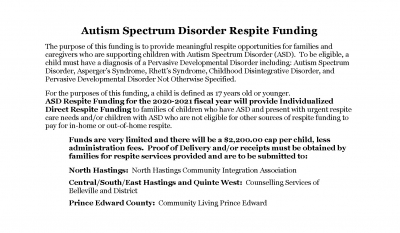 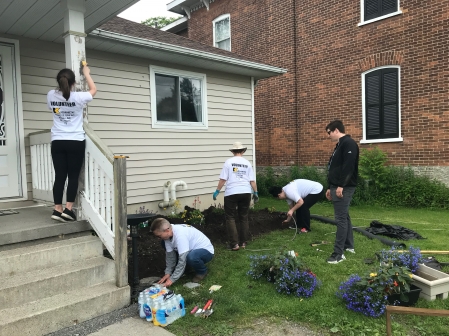 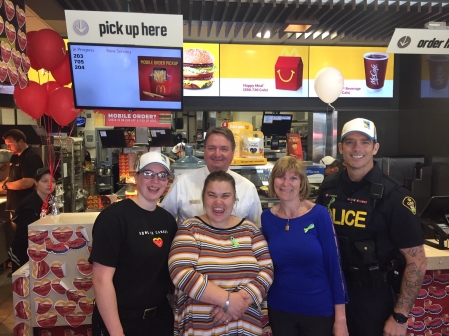 McHappy Day in Picton
May 2019 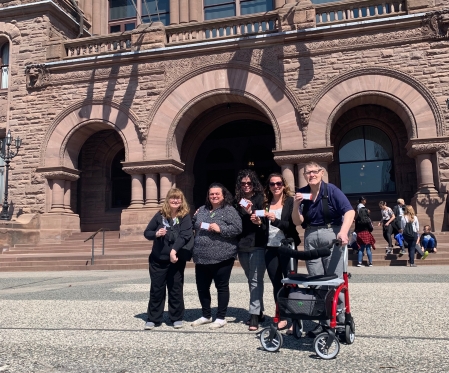 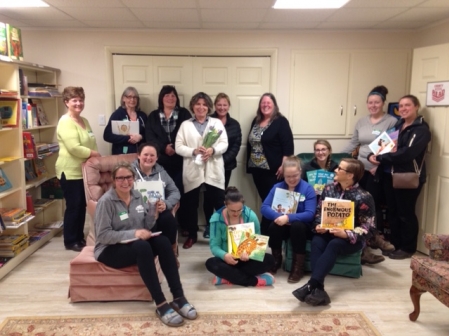